Those who have decided to not just run, or swim, or ride a bike, but instead to combine all three types of sports into one event usually ask before they even start training what triathlon distances there are and which triathlon is best for beginners. Our brand ambassador, Elmar Sprink, participates regularly in triathlons and of course he knows the answer. He can show you what the different distances are and which is the best choice for those who are new to triathlons.

First-hand knowledge – from Elmar Sprink for you

Triathlon – what are the distances?

First of all, for those who might not know, I would like to discuss the disciplines that are included in a triathlon and the sequence in which they are completed.

A triathlon starts with swimming, then cycling, and the running is always at the end. This is probably because it is most likely that something can happen while swimming, and this discipline is very physically exhausting. You can cramp up while swimming relatively easily. For this reason, it is probably best to finish this discipline at the start.

Now to the various triathlon distances….

The sprint distance consists of a 500 meter swim, 20 kilometers cycling, and a 5 kilometer run at the end. The distances can also vary by event.  For example, 750/20/5 or 500/25/7, etc. This distance is sometimes called the “everyman” distance. Many beginning triathletes start with just this distance. And this is not a big problem for most athletes to finish.

Olympic distance. As you can already infer from the name, events at this distance are held as part of the Olympic Games. The swim distance here is 1500 meters, the cycling portion is 40 km, and it ends with a 10 kilometer race.

This triathlon distance consists of a 1900 meter swim, 90 kilometer bike ride, and a half-marathon of 21.1 kilometers.

The long distance, also known as Ironman distance, consists of a 3.86 kilometer swim, 180.2 kilometer cycling leg, and marathon of 42.2 kilometers.

The world championship Ironman contest takes place every year in October on the Big Island of Hawaii. This event was held for the first time in 1978. Today there are 154 races in 53 countries under the brand Ironman. You can qualify here for the world championship in Hawaii. 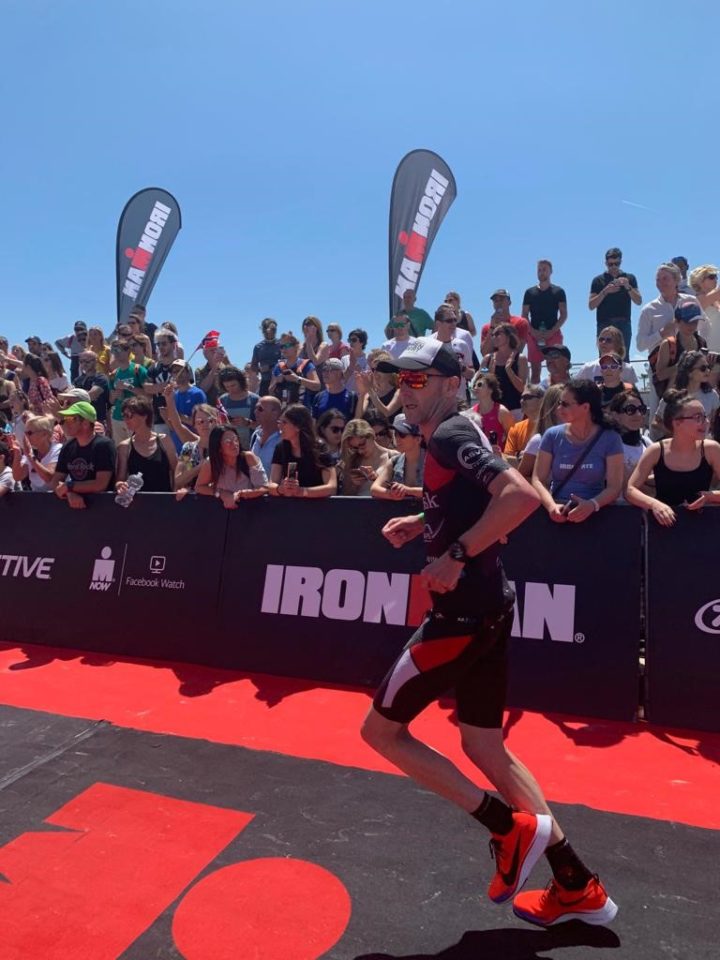 In the following table, I have summarized all the triathlon distances for you once again:

Now and then there are modifications to the distances listed here at some triathlon competitions, for example due to local conditions. It is best to find out about this before you decide to sign up for a particular triathlon.

Triathlon beginners – what distances are available?

I would recommend that you take a cautious approach. To acquire a liking for the triathlon, it is probably best to start slowly with the sprint distance and then work your way through the various distances to the long distance. Once you know which triathlon distance you want to start with, you can create an appropriate training plan. In this blog article pjuractive also has a triathlon training plan for you, and here you can find information on what you should pay attention to when training for a triathlon.

I was not one of those who slowly ventured in to triathlons. I started in 2004 with a sprint distance and then a year later finished my first long distance triathlon. But you can and must allow 2-3 years times for the longer distances.

Thank you very much for the helpful information, Elmar😊. We are excited to see what information you will share with us next. You may well be curious.